Assassin’s Creed Valhalla takes a lot of pages out of The Witcher 3’s RPG storybook – and one of the best of them is Orlog. A dice game with new opponents found in just about every corner of medieval England, Orlog is Valhalla’s version of Gwent – deceptively tactical, with a highly collectible element.

The object of Orlog is to deplete your opponent’s life points to 0 while protecting your own.

Like Flyting, Orlog is one of Assassin’s Creed Valhalla’s more sedate distractions.

Where Gwent lets you build a deck of particular cards, Orlog is more open to chance. You roll multi-sided dice to score attack and defence points, while building up god power at the same time.

This god power can be then used to activate God Favor powers – which you can collect more of throughout Valhalla’s world – to give you the edge in the game. The God Favor powers can do things like deal direct damage to your opponent’s life points, or replenish your own. 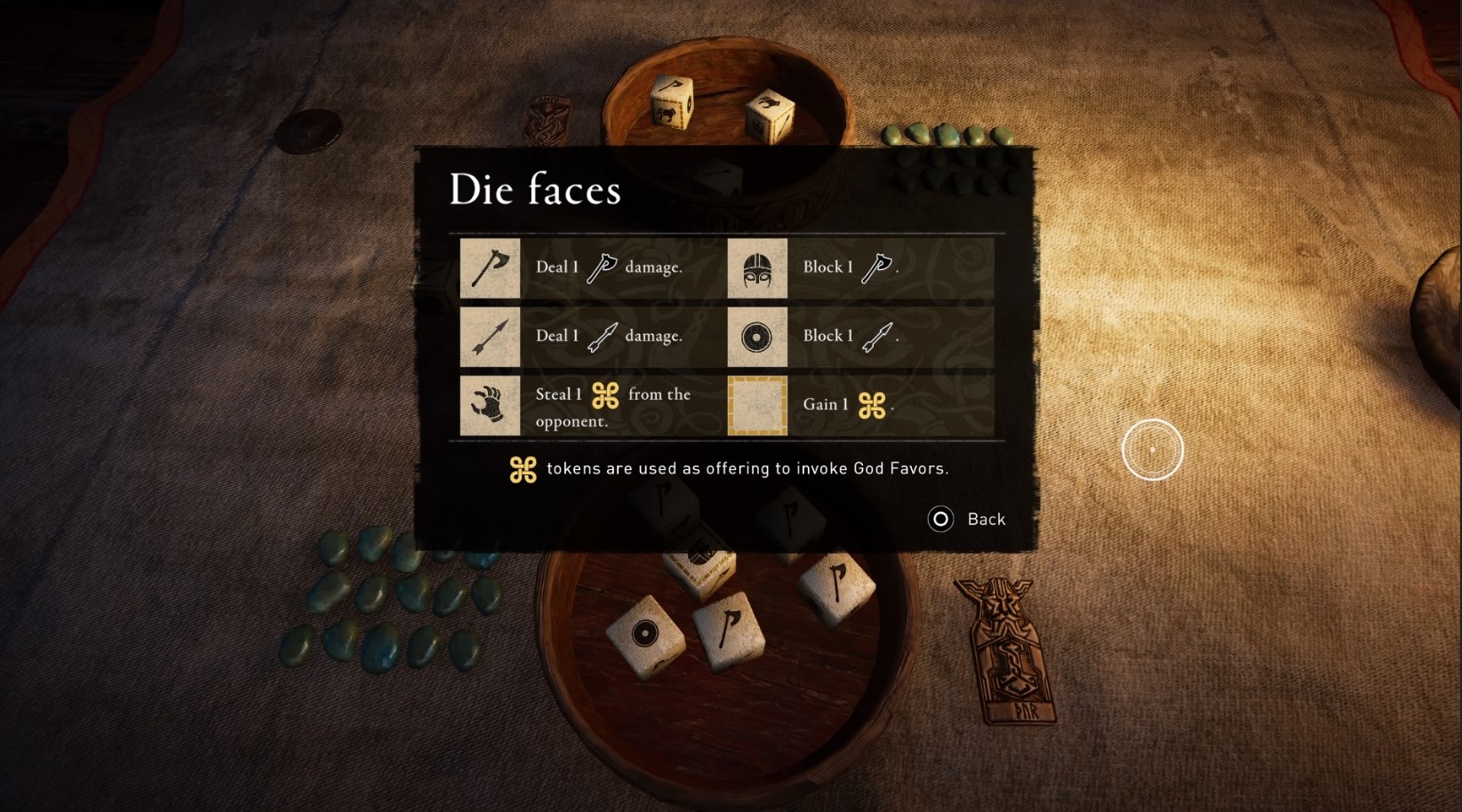 Attack and defense points are split into two types: melee and ranged. For melee, the die shows an axe and a helmet. For ranged, it shows an arrow and a shield.

And vice versa, if you were to roll an arrow – which deals a point of ranged damage – your opponent needs to roll a shield to block that damage.

Sometimes, when you roll the dice, certain symbols will be surrounded by a golden boarder. This means that symbol also contributes a point to your god power. Once you have enough points in your god power pool, you can use your God Favor power.

The final symbol you can see on your Orlog dice is an outstretched hand. This symbol steals one point of god power from your opponent’s pool, and adds it to your pool.

If your opponent tries to activate their God Favor power before your hand symbol has resolved itself, then you can steal the power they need to activate their ability, stopping them from using it during their turn. This can also happen to you, so don’t be too hasty to rely on your Favors.

You get more God Favors from completing games across the map, here’s where you can find them, as well as what they do. 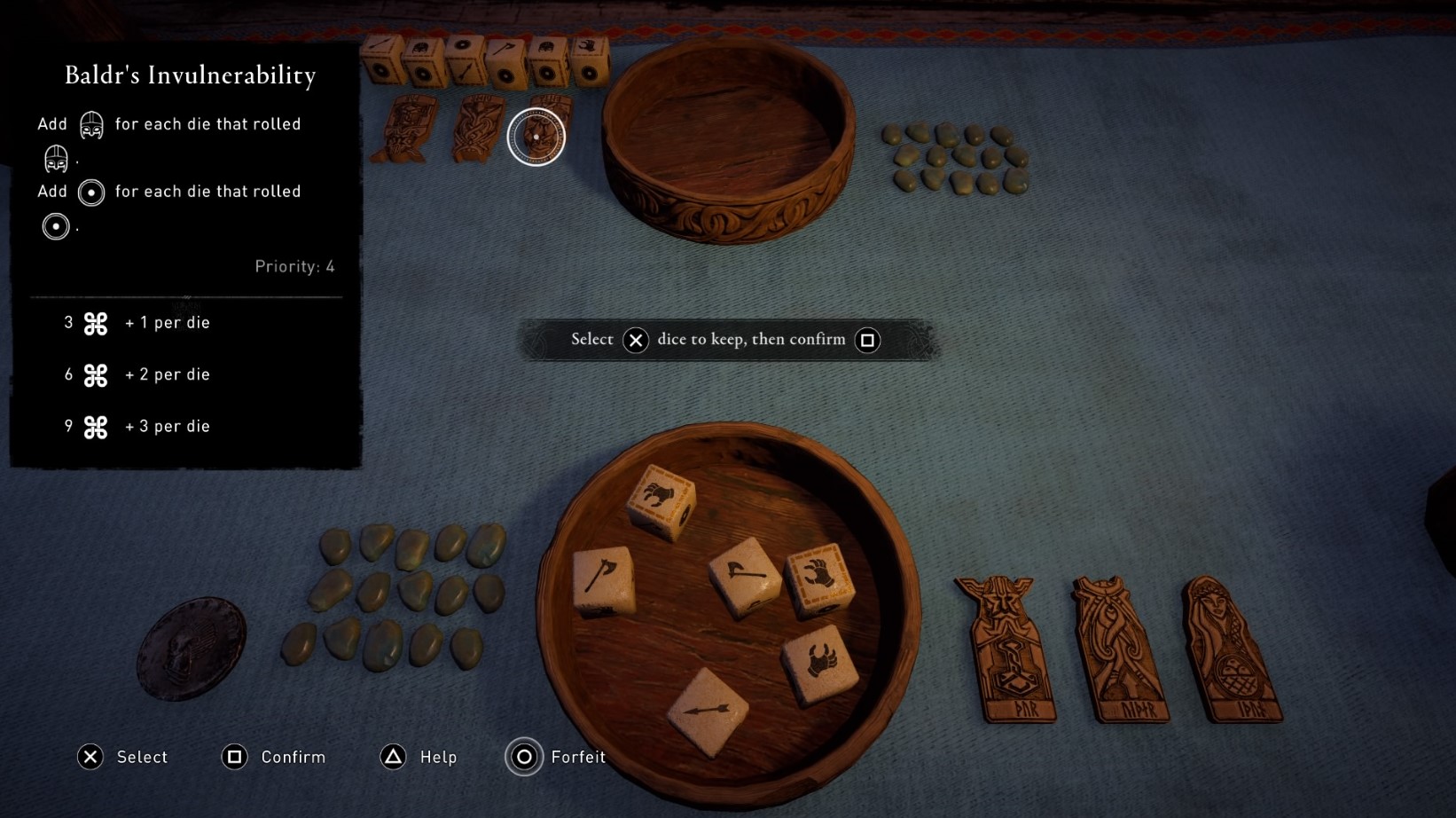 We’ll continue to add more as we find them!

For more help on your Viking adventure, here’s our run-down of the best skills in Assassin’s Creed Valhalla.

Or if it’s destruction you’re after, you can read about the best weapons for the early-game, here.

For a change of pace from Orlog, we have guides on how to beat some of the early optional bosses too, like Erik Loyalskull the Lost Drengr, and the Elk of Bloody Peaks Legendary Animal.