Early after landing in England, Eivor travels south to pledge themselves to Grantebridgescire and make an alliance with the Jarlskona of Grantebridge: Soma. But when they arrive, they find Soma deposed, and a traitor in their midst.

To count on Soma’s support in the battles to come, Eivor must return Grantebridge to Viking control while rooting out the dastardly betrayer in the norse camp.

Assassin’s Creed Valhalla – Who is the Grantebridge traitor?

When the Saxons retook Grantebridge, they were led by a traitor through a secret tunnel that only Soma and her three trusted advisors – Galinn, Birna, and Lif – knew existed.

That means that one of Soma’s best warriors and closest friends defected to help the Saxon cause.

After saving Galinn, Birna, and Lif from the swamps around the town and helping the clan retake their home, Evior has a new task at hand.

To uncover the turncoat, Eivor must investigate the scene, then raid with each of the three warriors to learn more about their possible motives.

After you speak to Soma, you can find the secret tunnel inside the Grantebridge longhouse, at the back.

Climb down the ladder and use Odin’s Sight as you go.

At the tunnel entrance, you’ll be able to identify a yellow cross and some footprints and drops of paint leading away. 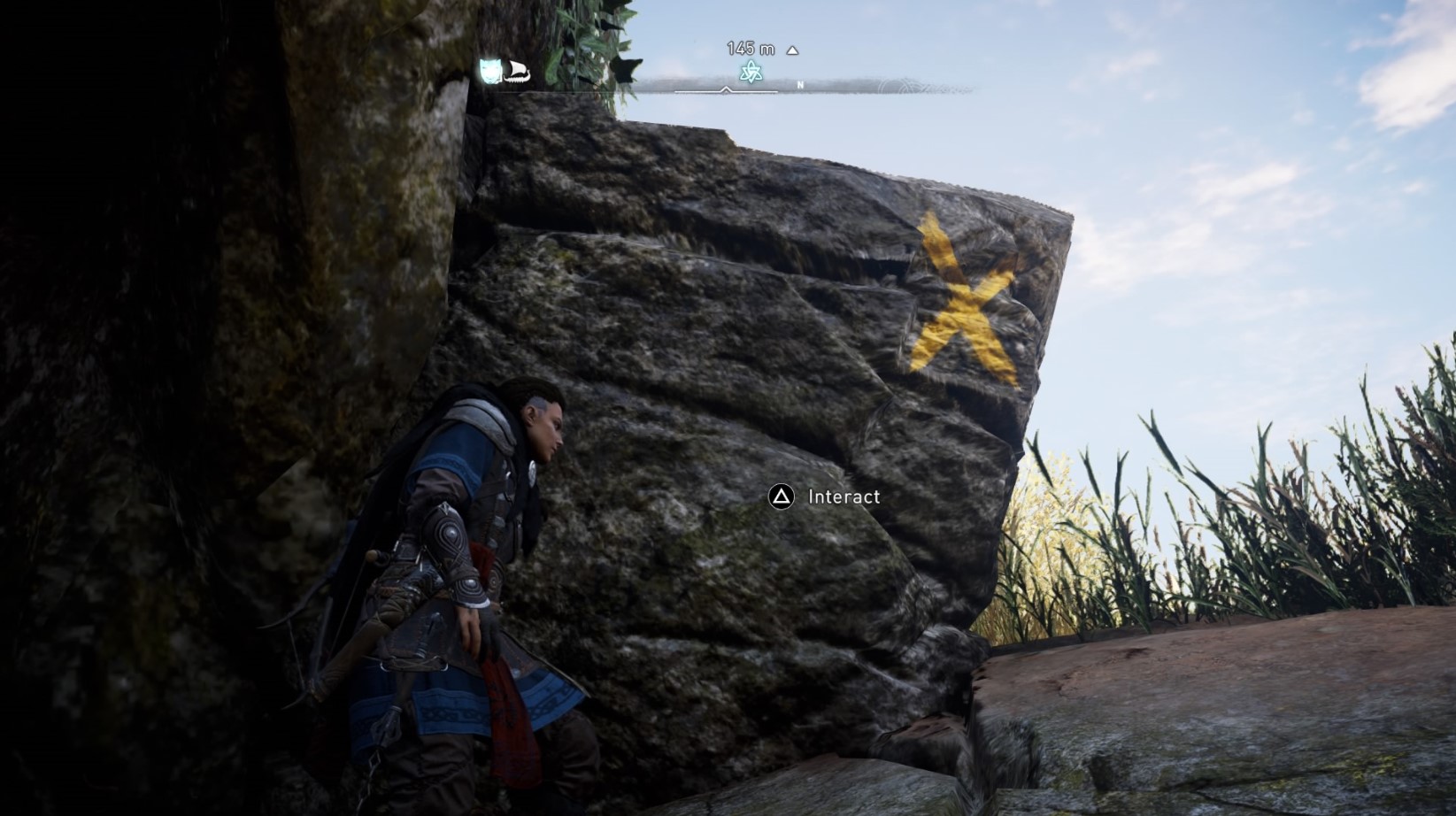 Follow the trail and it will lead you to the discarded paint and a longboat launch by the river. Remember this information and continue onto the raid quests.

Raid with Birna, Lif, and Galinn

Across your raids with Soma’s three advisors, you come across the following evidence:

During his raid quest, Lif makes his motives for turning on Soma quite clear. But doesn’t that feel a little too easy?

If you believe Lif that the yellow paint was stolen, and add that to what you found at the entrance to the secret tunnel, it would suggest that one of the other two warriors is the traitor.

Now think back to what happened when you first rescued Galinn, Birna, and Lif from the swamp.

Birna and Lif were both surrounded by other members of Soma’s clan, separated from the main group. If they had fled from the secret entrance with the paint and left by boat, all of their crew would have been part of the deception.

However when you found Galinn, he was alone, and only trapped where he was by a pack of wolves.

Using this logic, you can deduce that Galinn is the Grantebridge traitor.

Fuelled by the lust for power he felt was foretold in his visions, he sold Soma and the others out to the Saxons for a chance at glory. 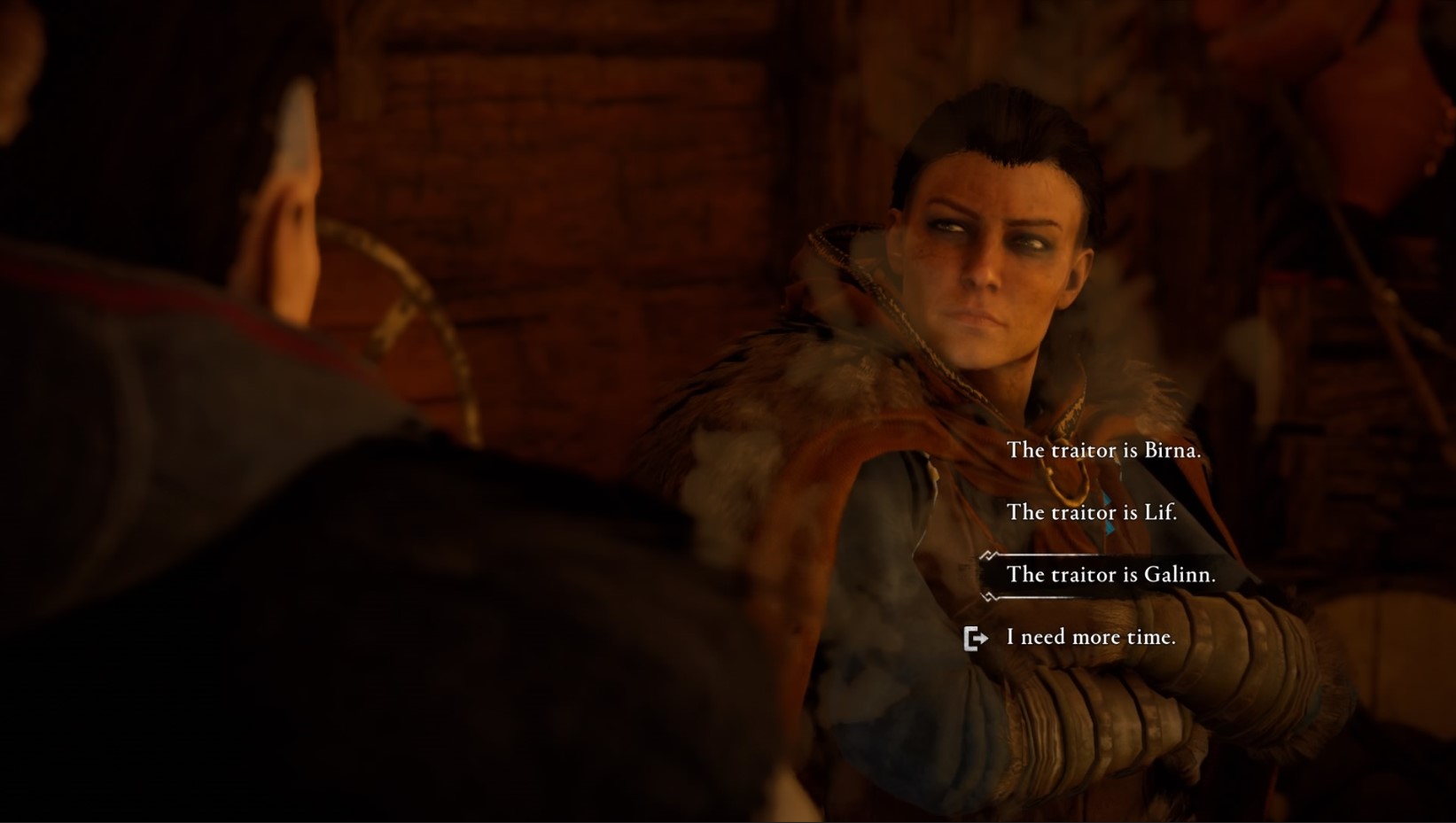 If you choose the correct traitor – Galinn – then Soma will be pleased with your help and a character will join the Raven clan and your crew.

If you choose the wrong traitor – either Birna or Lif – then after you’ve defeated Wigmund you’ll have to face an additional boss battle, and the character will not join your clan.

Soma will still forge an alliance with the Ravens, but will not hold you in as high regard, and will feel guilty as well as burdened by leadership.

Either way, she rewards you with the Blodwulf shield – an incredible item which has a chance to imbue your weapon with fire damage on every parry. It’s one of the best weapons around in Assassin’s Creed Valhalla.

If you haven’t done so already, now it’s time to pledge yourself to Ledecestrescire and help the Ragnarssons defeat King Burgred and his thegn, Leofrith.