Thanks to half-baked online integration, one of Final Fantasy’s greatest spin-offs doesn’t get the revival it deserves.

The Final Fantasy series has had a lot of spin-offs and sidebars over the years, but Crystal Chronicles is surely one of the greatest. Developed as a triumphant and exclusive return to Nintendo after the messy divorce between FFs 6 and 7, it was something truly different: a multiplayer-focused action RPG with weird, unique and engaging mechanics.

Everything about Crystal Chronicles stood apart. While Final Fantasy was on a trend towards realism, Crystal Chronicles featured a more simple, characterful art style. It built a world defined by races crafted from classic RPG archetypes and coloured it with a beautiful, internationally-flavoured musical score. The downfall of the game was its complexity: for the full experience you’d need four Game Boy Advance machines and link cables to connect them to your GameCube. It got complicated and expensive, and Crystal Chronicles became something of a joke.

Later releases took some of FFCC’s unique ideas and put them into more accessible games on later Nintendo hardware, but the original still holds a unique charm. So obviously I was excited when Final Fantasy Crystal Chronicles Remastered Edition was announced for Switch, PS4 and Mobile.

Crystal Chronicles is a natural candidate for a remaster. Its art style should upscale well, its ideas were arguably ahead of its time, and its co-operative, multi-screen nature makes it perfect for online.

It hasn’t worked out that way, however. Crystal Chronicles Remastered Edition looks and feels great moment-to-moment. The core of the game, a co-operative action RPG with a large focus on battlefield positioning and party composition, holds up well. Its music is still a complete stand-out. It’s a technically competent remaster that runs well. But all this is for nought if the game is just as difficult – if not more difficult – to play in a group than on GameCube. And you know what? It sort of is.

For a start, local co-operative play doesn’t exist in this game at all. This wouldn’t be so bad, and is sort of understandable based on how the game is structured. So okay, you say – I’ll hop online. Then the true extent of this total cock-up becomes clear.

Every player of Crystal Chronicles Remastered has a single save file that governs all of the characters they can create – up to eight in total. The save file is basically for your village and caravan – the characters simply reside there. As you progress, that’s your cross-character save file.

That’s smart, but then you get to online. When you play online with other players, only the host’s world state progresses. To give a brutal example, that means that if you play the whole of FFCC Remastered with one dedicated group of four players, you’ll need to play each dungeon in the game four times in order for everyone to progress their world as well as their characters. Otherwise, it’ll just be the host’s world growing and changing, gaining access to new tools within their town for character progression, while the others only get items and equipment for their trouble.

Other elements of the remaster’s design seem to conspire to make multiplayer even less smooth. In this version you now can’t trade items with other players except for the most basic consumables. Unlike the original, multiplayer isn’t possible inside the hub town, only dungeons – which makes certain town progression busy-work more difficult.

A cumbersome friend code system is used on all platforms. You accept this as a necessary concession to enable cross-platform multiplayer – but then you learn that these codes are region exclusive, meaning you can’t play with anyone outside your own region.

Even moving from dungeon to dungeon is a mess. You can’t just progress to the next dungeon upon completion of one – instead you have to disband one lobby at the completed dungeon then form a new one at the next. Who designed this? Somebody who has never seen an online co-operative video game before? An alien?

The other option, of course, is to go it alone, but the whole point of the game is that Crystal Chronicles isn’t built for that; it’s not a traditional Final Fantasy.

It’s a huge shame. Final Fantasy Crystal Chronicles is a great game, and it spawned a fun little FF sub-series that deserves to live on and grow. This remaster is in many ways competent and well-done… Until the moment comes where you have to group up with other players. Perhaps the most important thing for this game, good multiplayer functionality, is utterly botched. 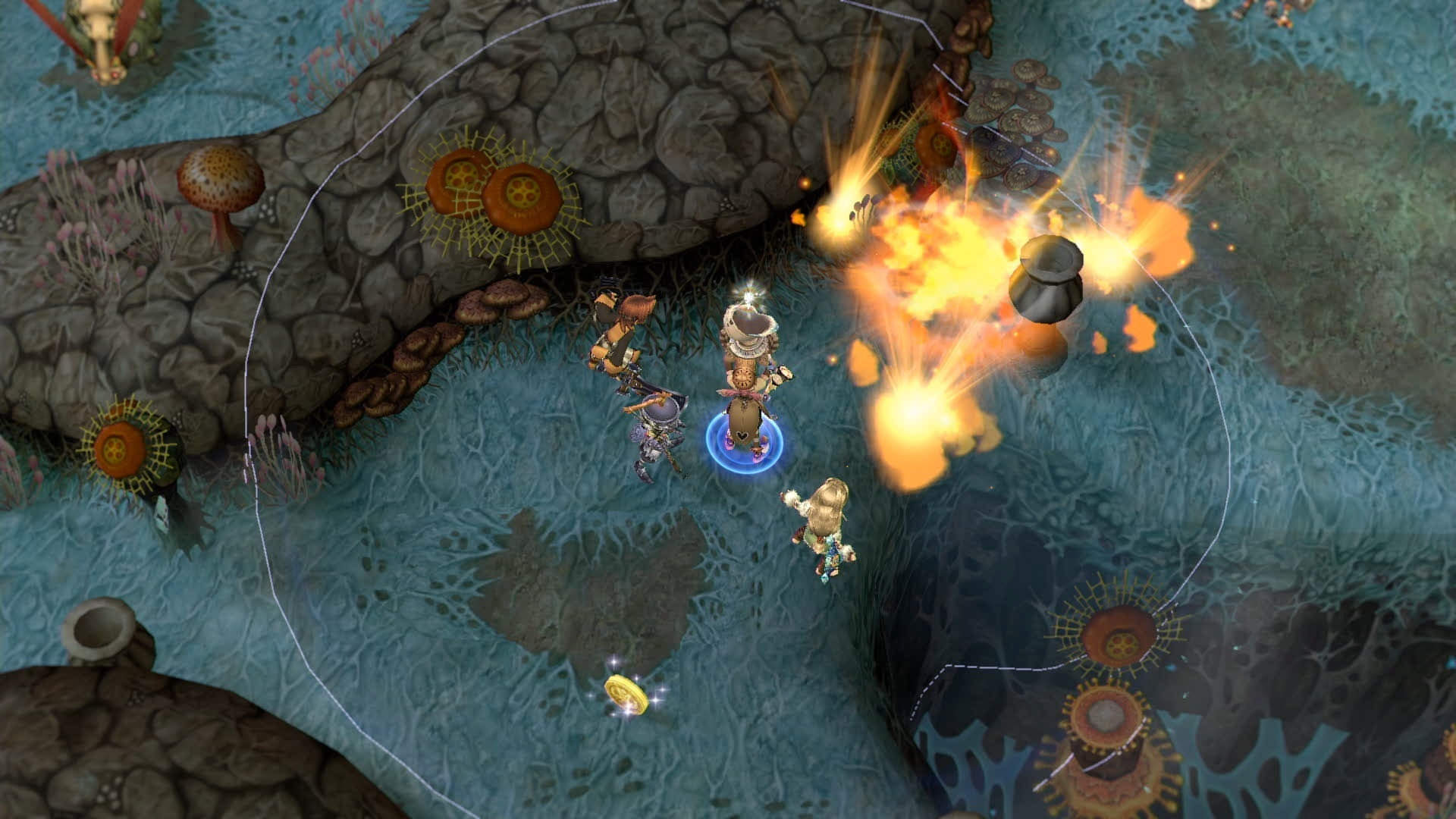 I want to be fair. There are bright spots in some parts of the execution here. Support for cross-play is always welcome. The free-to-play Lite version of the game, which lets a newcomer try the first three dungeons or join a friend with the full game for several more is smart.

But then for each bright spot there’s something ridiculous, like launch-day skin microtransactions that are almost as expensive as the base game, or ‘new’ dungeons for this release that are, as it turns out, just reskins of existing dungeons with more difficult enemy encounters. I’d even accept these things if multiplayer was just a smooth experience, though. It isn’t.

I honestly don’t know what goes on at Square Enix. Time and time again, the company disrespects its incredible back catalog of industry-shaking classics with dire ports. Sometimes these issues get fixed; sometimes they don’t. It’s luck of the draw.

Final Fantasy Crystal Chronicles Remastered Edition is yet another swing and a miss in this category. Hopefully it’s one of the ones that gets fixed; the game that is hidden behind this disastrous online implementation is surely worth it.

This is a review in process. A final score will be given after further testing.