If you thought Fortnite wasn’t getting a next-gen overhaul in time for the new console launches, guess again.

Fortnite players will be thrilled to hear you’ll be able to play a new and improved version on Day 1 of the new console launches. Cross-play remains available on both the Xbox Series X/S and the PS5, and your cosmetics and progression will be carried over to whatever new platform you’ve purchased.

If you’ve transferred your Xbox profile from your Xbox One/S/X, just download the Xbox Series X/S release of Fortnite and get back into the action.

On top of all this, to celebrate the launch of the new consoles, all Fortnite players will be able to claim the Throwback Axe Pickaxe, which is the classic default Pickaxe from the very first season of Fortnite. It’s free to claim in-game and through the PlayStation Store between November 4 and January 15, 2021.

Regardless of what new console you’ve purchased, you can expect some graphical overhauls, improved loading times and enhanced split-screen, so let’s take a look at the new improvements for each platform.

Depending on where you live/ if you get lucky with an early delivery, you’ll be receiving your PS5 on either November 12 or 19. Expected Day 1 improvements for the PS5 include:

The Xbox Series X and S both launch on November 10 and they’ll receive equal treatment in every area except screen resolution. The Xbox Series S will support most of the visual enhancements available on the Series X, but the main difference is that Fortnite will at 1080P Resolution at 60 FPS on the Xbox Series S.

You can check out the Xbox Series X improvements below: 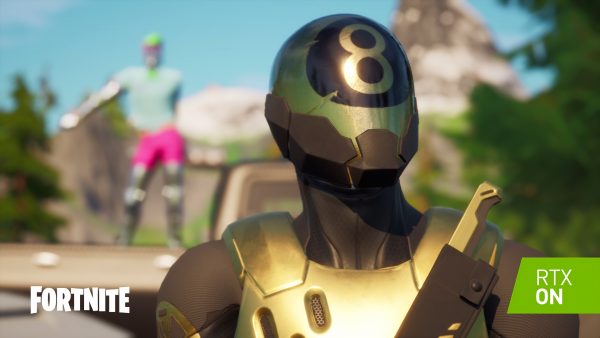 You can find our guide for the Wolverine skin challenges here, as well as how to eliminate Stark Robots at Quinjet Patrol landing sites and all the map changes so far.

Here’s where you can find the Black Panther memorial at Panther’s Prowl and where to ride a motorboat under different coloured steel bridges.

You can also check out the Thor and She-Hulk Awakening challenges here.