The new season of Fortnite is underway and for this challenge, you’ll need to destroy some Stark Robots and deal damage to opponents with Stark Industries Energy Rifles.

Some of Tony Stark’s creations have gone awry and it’s you’re job to take them out. The location of Quinjet and Stark Robot spawn points randomises each match, so it’s more about knowing what you’re looking for over heading to a specific location.

You’ll need to defeat five Stark Robots in total, so let’s take a look at how to do just that. Once you’re done, you can check out the Wolverine Skin Challenges here.

The Quinjet locations change each match, but how do you spot them on the map? If you pull up your map in-game, lookout for a white bird icon. The other way to spot them is by the blue smoke emitting into the sky. There should also be an outpost of shorts where you can restock on ammo and grab a weapon from a cache.

The robots will be holding a Stark Industries Energy Rifle, so once you kill one, grab it and take care of the other robots. You’ll need to eliminate five robots in total, which shouldn’t take you very long. 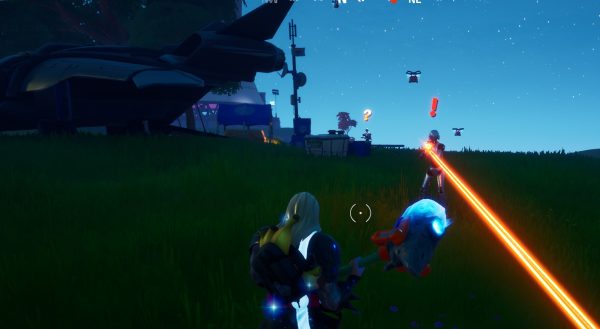 There’s a second challenge you can complete here by dealing 1000 damage to opponents using the Stark Industries Energy Rifle. Taking out the remaining robots should do the trick but if not, keep a hold of the weapon and hunt down a few players.

You can check out the new Marvel Legends Battle Pass skins here, as well as all the map changes we know about.