It’s Friday, and we have another new and exciting edition of our weekly hidden indie gems series, where we like to spotlight a few interesting, stunning and sometimes plain weird games from indie developers.

This week has been especially busy for indie game news, in part because of the Wholesome Games Direct-style livestream. Organisers showed over 50(!) games, most of which are due out this year and next. The list is massive, but worth exploring to see if something catches your eye. Give it a look when you’re done with today’s feature.

Hot indie games week of May 25

The story-driven shooter with a paranormal setting is a rare breed these days. Perhaps hoping to rekindle the love for the Half-Lives and Singularities of the world, developer Bleakmill unveiled Industria this week.

Industria’s story is set in late 1989 Berlin, at the tail end of the Cold War. On the eve of the fall of the Berlin Wall, an East German scientist mysteriously disappears. You play as his young colleague, who finds herself in an alternate dimension after deciding to go deeper into the research facility where they worked.

The game is relatively short, with Bleakmill aiming for around four hours of gameplay. It won’t be out until sometime next year, but it already looks promising, with hints of Control and Half-Life.

Give it a wishlist on Steam to stay up to date on development progress.

Inkulinati is a game with quite the unusual look. Technically, it’s a Darkest Dungeon-style, 2D turn-based strategy affair, but the context is altogether different. Inkulinati’s fiction and characters are inspired by the illustrations found inside the margins of medieval manuscripts. These drolleries are bizarre in any context, often depicting animals with human heads, some that play music and a few fighting alongside man, swords in hand.

Inkulinati takes this a step further by trying to imagine what went on in the heads of the artists that drew them. Fights take place entirely on the open pages of the books that inspired them.

You’re an Inkulinati Master who has an ink budget that can be spent bringing those creations to life on the page, to pit them against the designs of other Inkulinati Masters in the campaign. There’s another layer to this, too, because you get to learn the drawing techniques of the enemies you defeat, in turn expanding your own menagerie.

If any of this sounds intriguing (how could it not?) Inkulinati’s devs just launched a Kickstarter campaign. It already cleared its very modest goal of just $20,000, and the money will be used to flesh out the story and expand the scope of the game.

If you’re not quite ready to throw money at Inkulinati just yet, you can wishlist it on Steam so that more people can see it. It’s coming to PC in 2021.

You may remember Nine to Five from that strange Game Awards reveal trailer which seemed to be taking a jab at a certain style of modern shooters. That initial trailer had zero in the way of gameplay, but this changed this week.

Developer Redhill Games dropped a four-minute gameplay demo showing us exactly what kind of game it is. Nine to Five is a tactical shooter where three teams of three drop into a big map and each work to fulfil an objective.

Things inevitably get complicated as their paths cross, which is where the various tools and abilities come in. The new trailer shows a hint of Siege, with unique defence/attack gadgets. The action is split between three phases, and your decisions in the early stages shape how future rounds play.

Redhill Games says it wants Nine to Five to be a tactics game first and a shooter second. There’s a bigger emphasis on team play here, not so much shooting skills. Another goal the developer has is for matches to be snappy, at around 15 minutes for a full match.

The game’s closed alpha is kicking off on June 4, and the developer is currently accepting applications. Just make sure to sign up at the official site before Monday, June 1.

Keep in mind that this is an invite-only, limited test, so you won’t be able to capture any footage. The developer wants the game in people’s hands early to get feedback on the core mechanics, so much of the presentation is work-in-progress.

Games you can play this weekend

Titan Chaser is a meditative driving game where you scout for colossal titans at night and try to lead them away from the populated town. The entire look is drenched in fog, with only the light from street lamps and billboards able to cut through.

Titan Chaser looks like a cross between the movie Monster, and Beware, the similar-looking horror driving game that’s still in development. Unlike those, however, it has a very 80s look, with music inspired by Stranger Things.

You won’t have to worry about taking damage or even keeping the car maintained in Titan Chaser. You don’t even have to follow the main objective; you’re free to just drive around these gloomy roads exploring the open world and listening to the soundtrack.

It’s made by a single developer, who releases it in Steam Early Access today to see if players will be as excited about the concept as they are.

Quantum League is a competitive shooter with one of the most interesting setups ever for a game. Every Quantum League match essentially takes place within a time loop.

Instead of relying on teammates, the game’s unique time travel mechanic lets you team up with your past clones. The concept can admittedly be a little challenging to wrap your head around at first, so here’s how it works.

Matches are best-of-three, and each round plays out over three time loops. Every action taken, and every move you made during each loop is recorded and saved to a clone. Each round begins with you in control, alongside your past clone(s) who retain everything you did previously.

While you can play it as a traditional shooter in the first round, you’re more likely to win if you treat that as a sort of planning phase. The trick is to allow your clones to work for you in the future by anticipating what your opponent is going to do. For instance, a play that may look terrible now could help with subterfuge in the next round, and well, you get the idea.

The gameplay video above shows how it all works. Quantum League launched into Steam Early Access this week at a discounted price of $17. The Early Access build includes two game modes, nine maps and six characters to pick from.

This week marks the launch of new content for Darkest Dungeon, and Cultist Simulator. In celebration, the developers of both games are making them free to play all weekend. By the time you read this, the free weekends will have already kicked off.

Darkest Dungeon is the gruelling, miserable, 2D turn-based RPG from 2016. It’s all about capturing the psychological toll that befalls adventurers the more unholy abominations they come across in the dungeons they delve into. The Butcher’s Circus DLC released for free this week, bringing PvP to the game.

Darkest Dungeon is free to play on Steam all weekend. 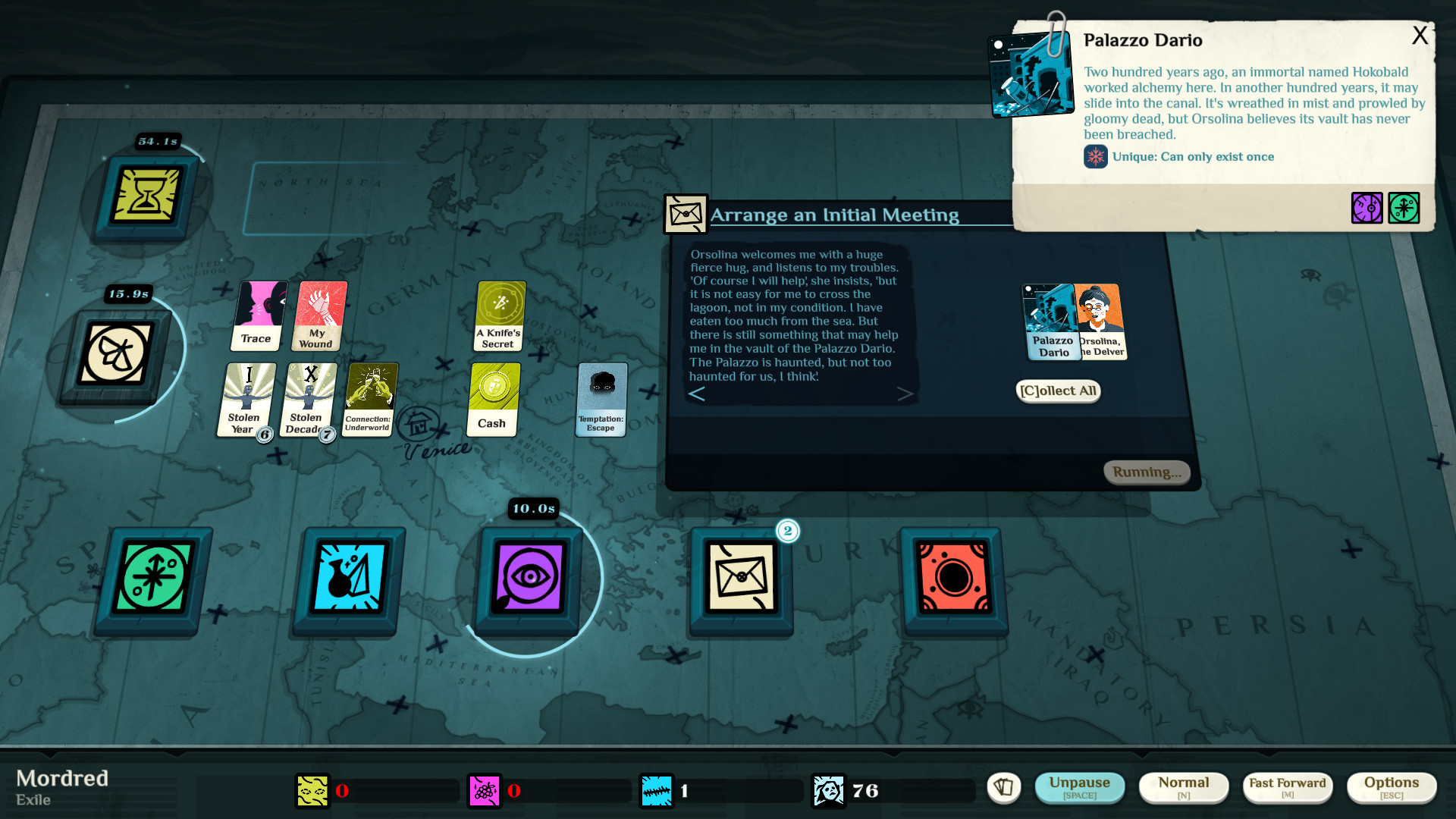 Cultist Simulator, on the other hand, is a narrative-driven card game in digital form. It’s an RPG where you get to establish a cult, pray to Lovecraftian gods, learn arcane powers, undermine non-believers and more.

The Exile DLC just came out this week, which is why the game is free to play all weekend. Head to the Cultist Simulator Steam page to download it.

If you’re feeling lost, we have a brief early-game guide to get you started.