The NPD has released its report for the month of July 2020.

Ghost of Tsushima was July’s best-selling title and it debuted as the fifth best-selling game year-to-date. Call of Duty: Modern Warfare was the second best seller for the month.

Life-to-date dollar sales of TLOU 2 are now the third-highest for a Sony-published game in history, trailing only Marvel’s Spider-Man and 2018’s God of War.

Nintendo Switch was once again the best-selling hardware platform of both July and 2020 year-to-date in unit and dollar sales.

Accessories spending hit $170 million, up 34% yoy. The Xbox Elite Series 2 Wireless Controller was the best-selling accessory of both July and year-to-date.

Year-to-date spending reached $26.0 billion, up 21% compared to 2019. Content, hardware, and accessory spending are each over 20% higher when compared to the same period in 2019. 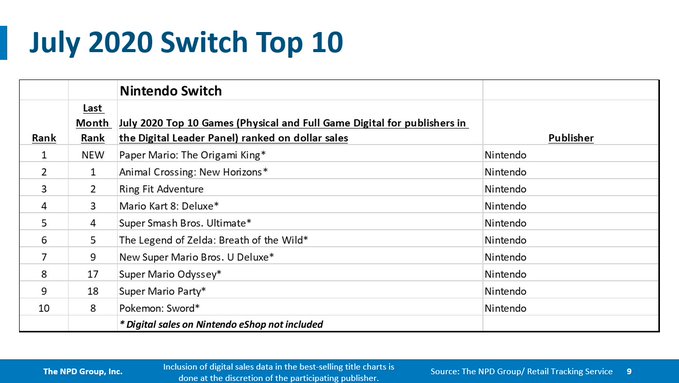 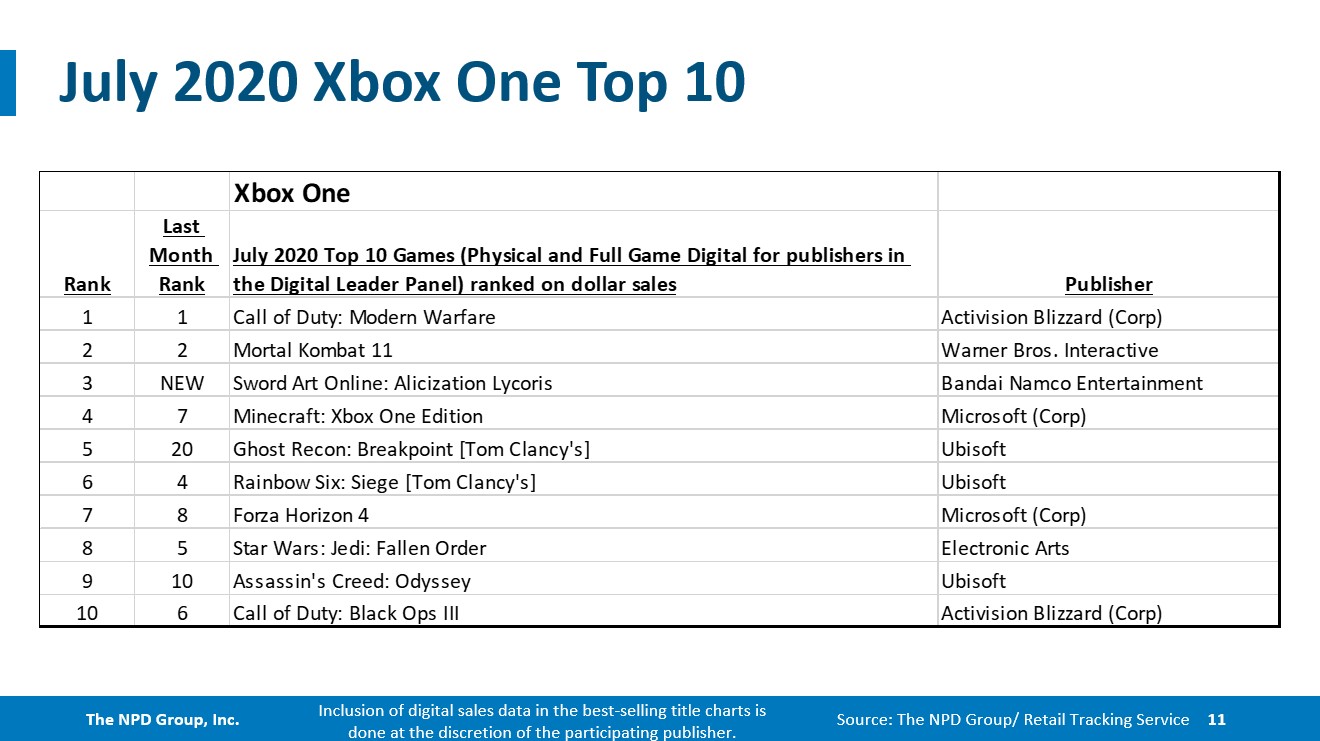 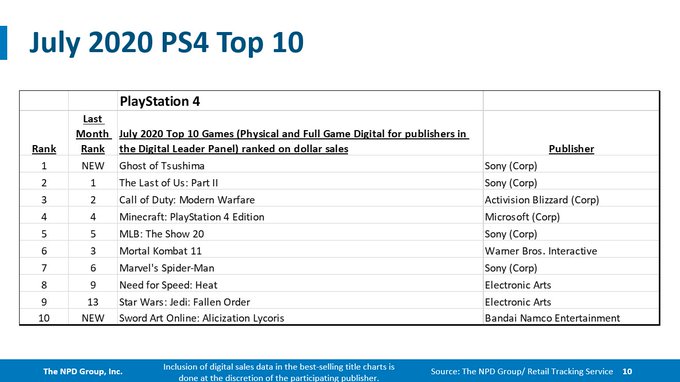