You read that headline correctly – the 69th (nice) collectible in Paper Mario: The Origami King is based on Toad’s giant dong.

The collectible’s phallic semblance was originally spotted over at Polygon a couple of days ago. At first you think, “surely that’s not a giant schlong,” but the evidence just refuses to stop piling up. At the end of the day, it’s a Toad dick. And once you see it, you just can’t unsee it, really.

The mushroom penis initially appears in Paper Mario: The Origami King’s Scorching Sandpaper Desert. It’s called the Desert Tower, and when you originally encounter it you’d never know that it is, in fact, irrefutably phallic. It looks like a normal building with a weird mushroom on top, as opposed to a huge Toad dick tower in the middle of nowhere.

But then something happens. As soon as you open up the description of the item based on the Desert Tower, you’re slapped right in the face by Toad’s giant dong. 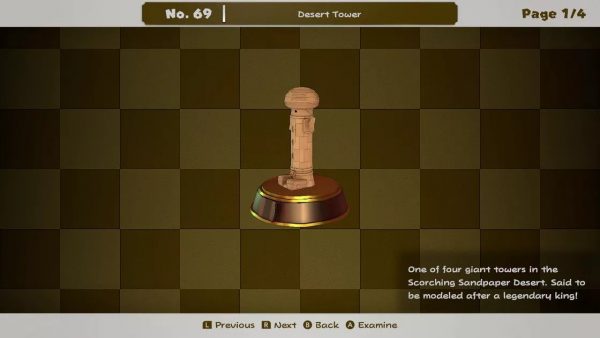 “One of four giant towers in the Scorching Sandpaper Desert,” reads the item description. “Said to be modeled after a legendary king!”

There’s just too much there. Despite the information being relatively sparse, Nintendo has successfully communicated a lot with very little. Paper Mario has a collectible Toad dick. What can any of us even do with that information? Maybe the Tumblr heads can help us out, given that they once used algebra to calculate the length of Luigi’s flaccid penis.

On that note, we’ve published loads of other stuff on video game dicks, too. Back in April, fans on Reddit spent ages mass debating about Elder Scrolls dicks – one commenter actually managed to successfully argue that Khajits be granted an extra half-inch in the fan-made dick compendium, rationalizing that “cat dicks look like wizard hats.” Not wrong, in fairness.

In related news, although the Paper Mario Toad dick isn’t necessarily too subtle, Nintendo recently pulled a game about danger wanking, which is a total different ball game.